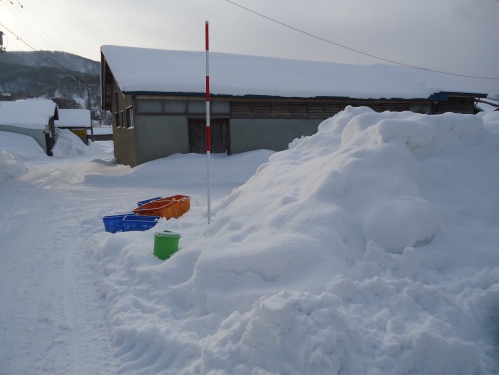 One thing I have come to love about Japanese culture is its reverent appreciation and conservation of nature. Environmental issues always seem to be on the forefront of the national conscience. This means that Japan is (usually) quite an environmentally responsible country. While I had an understanding of this, I didn’t know how it would personally affect me while living in Japan. As I have now learned, the rules and schedule of garbage disposal is significantly more complicated than what I had experienced in the States. Americans with a shaky grasp on Japanese (like me) might initially find the rules a bit daunting, so here’s what I’ve learned.

Growing up in Iowa, we definitely could recycle things like cardboard, but in my experience most people only really bothered to recycle bottles and cans—and then mostly just to get their nickel and dime deposits back. In Seattle, where everybody’s a tree-hugging hippie, each apartment complex would have two dumpsters; one for trash and one for recyclables, like aluminum cans, glass bottles, cardboard, and plastic. Many buildings also had a receptacle for food and yard waste. It was a Planeteer’s dream! Coming from this perspective, I fully expected that Sapporo would be serious about their recycling rules, but Shakotan, being a rural area, would be more lassie faire and simply trash everything. That didn’t hold true.

Burnable trash is what you consider to be regular old garbage and this stuff goes off to literally be incinerated. Disposable chopsticks, used paper towels and tissues, banana peels, egg shells and other food scraps, your general ‘yucky stuff’ all goes in the burnable category.

The plastics category is where things get a bit more interesting. With the exception of plastic bottles that have their own unique group, everything plastic goes into this category—even the plastic bottle lids! This includes all plastic bags, Styrofoam, plastic packaging, plastic wrapping, and pretty much anything made out of polystyrene. This must be separated from your regular burnable trash.

Since so many food products come in plastic containers, especially ready-to-eat items, some of your plastic trash ends up messy with sauce, grease, or some other viscous slime smeared on it. In the US, we would probably call this soiled and toss it in the trash. But in Japan, you are supposed to clean the grease off and put it in the plastic trash. That’s right; you wash your garbage before throwing it away.

Even in Seattle, I remember tossing many a plastic lid, wrapper, or grocery bag in trash can, because I had been told that it wasn’t recyclable. I had always wondered how much such things added up in the grand scale of things. Now, after having collected all my plastic waste in one spot, I tell you that it accumulates pretty quickly. Even just the plastic bags and packaging from one person’s groceries can form a hefty mountain in a week’s time.

Cans and glass bottles are pretty self-explanatory, but paper waste category requires a bit of clarification. Paper waste doesn’t simply mean anything made of paper. Specifically, it’s supposed to be stackable things made of paper. Old magazines, broken down cardboard boxes, and even broken down milk cartons fall into this category. The key is that your stack of recyclable paper needs to be of a fairly uniform shape and must be properly bound with some sort of cord. At school, where a pint of milk comes with every meal, each student is responsible for methodically rinsing and breaking down their own milk carton. These rectangular pieces of cardboard are then collected, and over time form massive stacks until they are gigantic enough for paper recycling day.

And finally, if waste item doesn’t fit into one of the previously stated categories, it probably goes into the non-burnable trash. That said, I have never gotten the waste management crew in Shakotan to take a bag of non-burnable trash from me, ever. So I might not know what I’m talking about when it comes to this category.

The trash is collected on weekdays, and pickups are scheduled both by the week and by the month. For example, here’s what Shakotan’s waste management picks up every week:

Personally, I’ve never paid much attention to the monthly pickup schedule because my apartment doesn’t have a proper bin to leave trash out. My neighbors and I literally leave our garbage out on the corner on the scheduled day and it gets picked up there. In the case of Cans & Bottles Day, someone at my apartment has to put out these specially labeled Rubbermaid baskets or there’s nowhere for me to leave my recycling. That means I just wait until a morning when the baskets appear and toss all my cans then.  Unlike cans and glass, PET bottles get collected in a big green net, which I’ve always liked. It really fits my seaside village.

My favorite part of Shakotan’s garbage collection has to the garbage trucks themselves. Painted baby blue, the smallish refuse collection vehicles have a fairly cute look, but the music they play is just plain adorable. I suppose they play music to announce their presence wherever they go, both to alert pedestrians that a heavy truck is rolling through, and also to remind forgetful residents that they need to take their trash out, posthaste. But when I first heard the garbage truck driving through, I thought the Ice Cream Man had come to town. The trucks play a variety of recognizable songs, most from classic animated series and movies, all played in a tinkly music box style. The themes from Laputa, My Neighbor Totoro, Ponyo, even Lupin III; the trucks play them all.  And always the tune is reduced to its basic melody, played like a lullaby being plucked out on the teeth of metal comb. It was definitely foreign to me when I first heard it, but it is undeniably peaceful and downright relaxing.